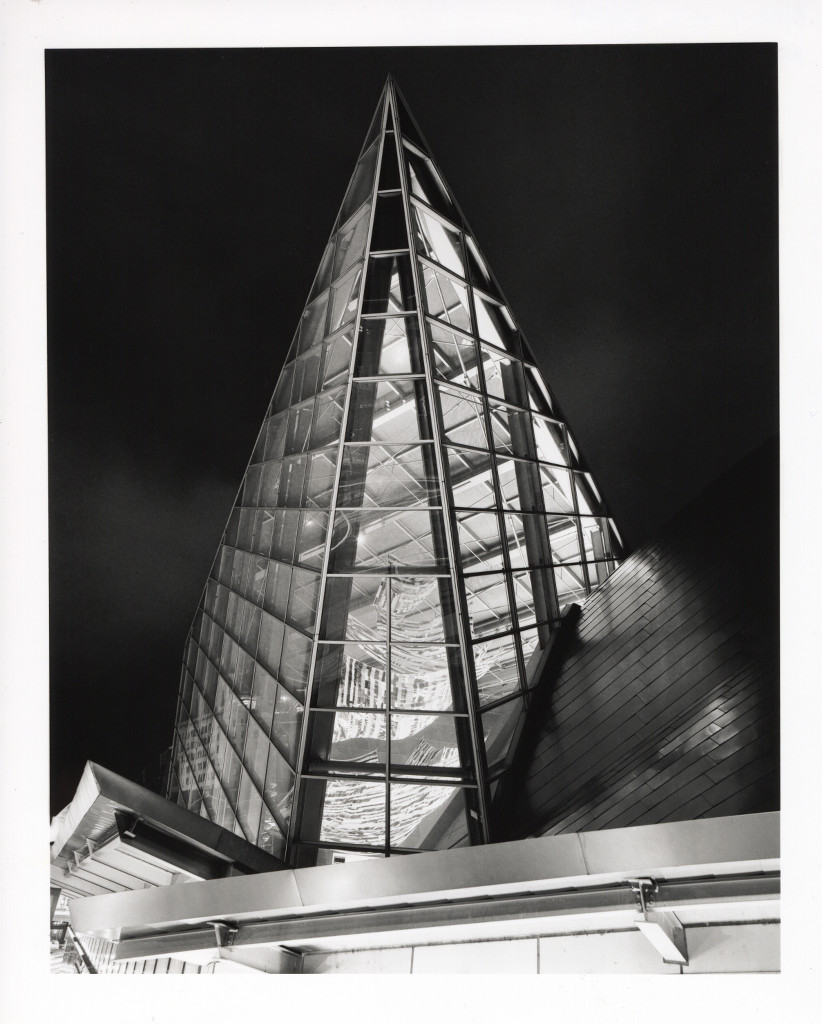 This is a shot I’ve revisited a few times, the first with a Canon F-1, 28mm lens and Kodak Ektar 100 film. Later, I went back with the same camera and lens, but black and white film.

This time, I was walking around downtown Roanoke after dark with the Pentax 645 and 45mm lens (which has a similar field of view to the aforementioned 28mm on the Canon). For night time shooting I typically use my trusty old Gossen Luna Pro F in reflected light configuration and refer to the printed table I have taped to the back of it for times accounting for reciprocity failure.

I suspected this would be extra-challenging with Pan F and it’s tendency toward high contrast, but it wasn’t so bad. The negative came out contrasty but usable. Scanning it was easy, but the darkroom is always the true test of a negative’s character.

In this case, it was a fairly soft effective grade (printed split grade, with a very short exposure at grade 5 compared to the 00 exposure). A little simple burning in on the lower area helped keep it under control, otherwise it’s a straight print.

The detail on a 645-format piece of Pan F+ is something else. You can’t see it here, or even with the naked eye on the 8×10 print unless you look really closely, but under a loupe, about 1/3 of the way down, is a reflection of an illuminated street name sign which was somewhere behind me. On the print, and in a scan of the film, it’s amazingly sharp. That contrast though…I really need to work on the development time for this stuff!